Today started with a lay-in, followed by breakfast at the local cafe on site.  We ordered egg on toast, to be told that only scrambled egg was available.  Let’s just say we’ll be eating up the road tomorrow.  We also ordered a picnic lunch to take with us which tasted a whole lot better.

We headed on back to Capital Reef and stopped at Gibson House, where the Mormons set up base many years ago.  Gibson House is famous for it’s pies and it seemed rude to carry on walking past them on the way out.  They were enormous so we shared one – definitely one of our five-a-day!!! 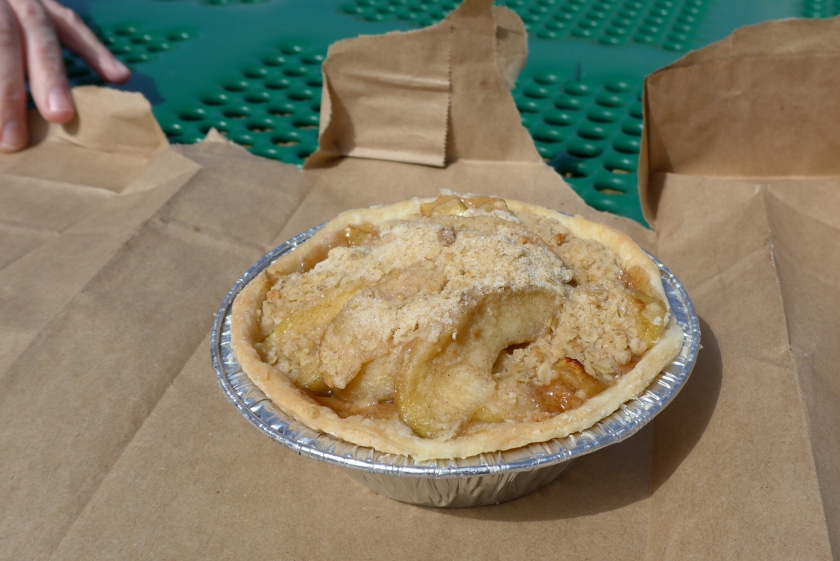 Capital Reef is full of red rocks – as you can see from the photos.  Every turn in the road reveals another formation with different shades/layers of red or grey.  Don’t believe the nonsense of sending man to Mars, or the “rover” missions to Mars – look at the supposed photos of Mars on Google and see the uncanny resemblence for yourself!!

We drove around for a bit along the scenic road until it became an unpaved road and carried on driving further (Sarah, no risk assessment undertaken).  The road winded and twisted around canyons for a couple of miles before ending at a car park.  We hiked along the river bed, hoping that there wouldn’t be a flash flood anytime soon.  It was fairly easy going, with lots of colourful twists in the rock along the way, and we headed back for lunch after an hour or so. 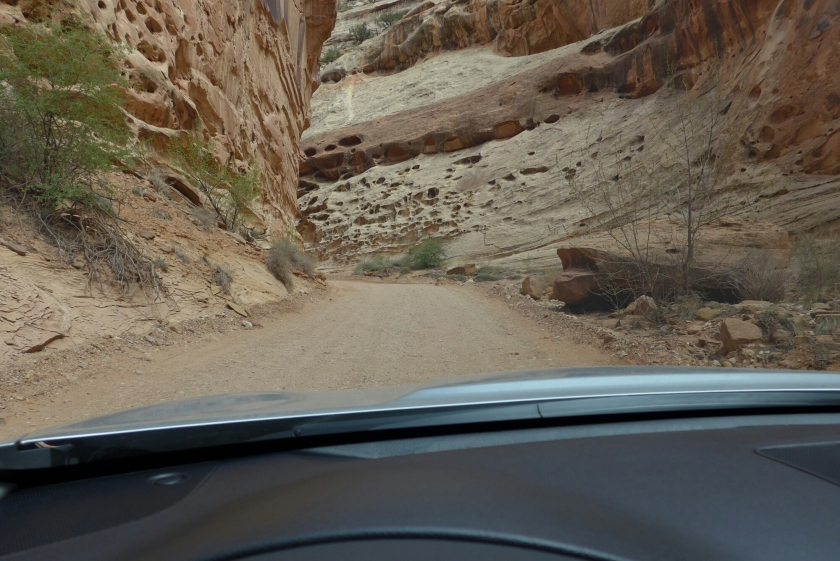 Later on we headed back onto the scenic route across the other side of the park and found another trail to follow, again along a dried-up river bed.  It got a bit too warm to walk the full length (yes, you read that right …. it’s starting to warm up again and the extra layers purchased recently could become a thing of the past!).

Tonight we’re headed to a local Mexican restaurant which has good reviews on Trip Advisor and tomorrow we head off to Moab for six nights, where the weather forecast looks promising!